Her Honour the Honourable Vicki O’Halloran AM

The NT Branch of the Order of Australia Association has a new patron – Her Honour the Honourable Vicki O’Halloran AM was sworn in as administrator of the Northern Territory on October 31 last year, replacing The Honourable John Hardy AO.

Her Honour has lived in Darwin since 1989 where she initially worked for the law firm Cridlands Lawyers and studied for a Bachelor of Children’s Services at Charles Darwin University. In 1993, she joined Somerville Community Services, as deputy CEO and manager, and became CEO in 1998. 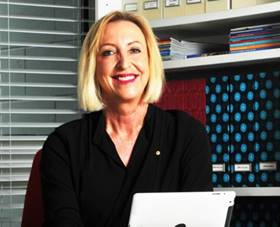 Her award as Member of the Order of Australia in 2014 recognized years of service to disadvantaged members of the community. As a leading advocate for the disability sector, she has been involved in many organisations locally and nationally, including National Disability Services, NT Government Ministerial Advisory Committees on Disability Reform, and the National Disability Insurance Scheme, but she is best known for her service as CEO of Somerville Community Services for nearly twenty years.