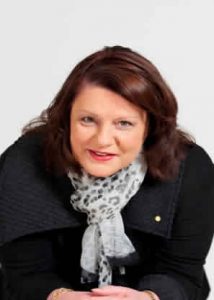 Helene Bender AM has extensive board experience as Chair, Deputy Chair, Board and Committee member in the areas of business, education including tertiary, health including dental, tourism, events and multi-million dollar fundraising for health infrastructure and sporting facilities plus involvement in numerous not-for-profit community organisations.

2006 Order of Australia recipient for service to the community of Geelong, particularly through business and commerce, regional development, local government and tourism organisations.

Victoria Branch of the Order of Australia Association has excellent Regional Groups who are committed to growing nominations, increasing membership and retaining members. My aim is to work with the Regional Groups ensuring diversity of nominations including age, gender and culture. The Victoria Branch committee also welcomes feedback from members regarding Branch events.